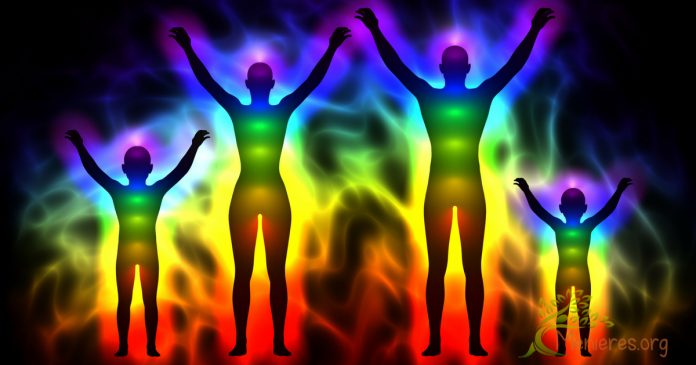 Meniere’s Disease is a rare condition. It affects only .2% of the population and has no definitive cause or cure. People with Meniere’s have to undergo a battery of tests to make sure they have this problem or if something else is happening. That’s because the symptoms of Meniere’s–dizziness, ringing in the ears, ear fullness, and temporary or progressive hearing loss can all be part of other medical issues.

So how does this condition impact a person’s aura? First, it’s important to note that no one can prove humans have an aura. The auric body is like a personal atmosphere around the individual. If you think of the halos around the heads of saints in artwork, it’s a lot like what an aura looks like around the human body.

But, what do auras have to do with a condition like Meniere’s Syndrome? Our body’s atmosphere changes with how we feel and our overall wellness. Your aura is as unique to you as a fingerprint. Meniere’s puts the entire body out of balance due to the intermittent attacks of vertigo that last for at least 20 minutes each, with some episodes lasting a full day. That dissymmetry would change the makeup of our energetic patterns. Let’s look first at various aura colors and how they may shift in a person with Meniere’s Disease.

Auric Colors and Meniere’s Disease Effect on the Aura

There are 11 different colors (with minor variations in light or dark) manifesting in a person’s auras according to those who can see them. Each color has a specific meaning and symbolism and can tell us much about what is happening in the body, even if we are unaware of it on a conscious level.

Black: Black spots in an aura imply health problems, appearing in the area where the disorder exists. For Meniere’s patients, this would be around the ear. Black may also appear over the heart if the disease is the source of traumatic experiences. Black also reveals the anxiety a disorder produces as well.

Blue: Blue auras often appear in people with natural healing aptitude, perception, and spiritual gifts. Just because someone has a condition like Meniere’s does not mean they lose their innate ability to help others and use their intuition in their own care. These people exhibit greater empathy for others because they understand health struggles. A person with bright clear blue in their aura signals perceptiveness and compassion.

Gold: Gold in a person’s aura implies an evolved soul–someone focused on service to others and to God. It’s possible the individual with Meniere’s transcends his or her suffering into spiritual awareness and focus.

Green: Green is the color of growth and renewal. On the negative side, gooey-green can represent someone who has taken the victim stance about their disease. A Meniere’s patient with crisp green in their aura is on to something good in whatever care plan they’re pursuing.

Indigo (Dark Blue): Dark blue represents our emotions, visionary aptitude, and forward thinking. Meniere’s patients often experience emotional swings because this condition is so unpredictable. When their mood goes down, the dark blue element of their aura dims. On a more positive note if this person learns to tap their psychic senses they’ll be able to use that energy for improved balance.

Orange: Orange represents optimistic energy. It’s brave and outgoing. Some people with Meniere’s Disease find they suffer from fatigue so this could cause a dimming of orange hues in their aura. If a person is engaging their condition with a positive outlook, the orange in their aura would be dazzling and clear.

Rainbow: When a rainbow appears in anyone’s aura it symbolizes a focus on unconditional love, acceptance, and kindness. Those having a rainbow burst in their aura are people who live a life attentive and present as if each moment might be their last. For someone with Meniere’s, this is a positive indicator that means they’re getting past worrying about the next episode and focusing on being.

Red or Pink: Red has to do with circulation, which is a key component in Meniere’s Disease. If the inner ear is not getting proper blood and oxygen, it can exacerbate vertigo symptoms. Here, the person’s aura may reveal a pale red, as if something is missing. A very intense red which may reveal the presence of high blood pressure and a muddy red could mean the presence of a blood disorder.

Silver: Silver in a person’s aura shows a curiosity about emerging ideas. For a Meniere’s patient, this may be an individual open to trying new treatments for their condition or even taking part in studies. When silver turns to gray, it represents uncertainty about our health and general fears about Meniere’s progression.

White: This is the color of honesty and purity. People who work with Reiki often have this color in their aura. White is a color that also represents the healing power of love. For a person with Meniere’s, this could reveal a recent visit with an energy worker.

Yellow: Yellow is innocent and optimistic. Meniere’s sufferers with clean, sunny yellow in their aura manage to work with their disease in a light-hearted manner. Muddy yellow implies someone who struggles with understanding their condition and how to handle it.

In looking at alternative or spiritual approaches to physical conditions, aura healing is one option for releasing blockages and purging unhealthy energy. Why consider it? We are people of body, but also mind and spirit. When we neglect any of the three, our body experiences DIS-ease. There is also the concept of as within, so without. The vibrations in your aura are like a road map to your inner world. Aura healing seeks to use reconnect and revitalize that map, focusing on one or more proverbial destinations.

Now, a talented aura healer can only do so much. You are part of this process too. No one can force you to let go of anger, sadness, fear, or other negative emotions. The healer supports your decision to make the necessary changes for wellness. Make sure you’re prepared to be an active participant in the healing session. If you feel exhausted, out of sorts, or distracted, it’s not the best time for this effort.

What to Expect During an Aura Healing

When you go to a healer, let them know about your Meniere’s Disease and how it affects you. Also, tell them specific goals like the desire to decrease the severity of your dizziness. That helps the healer better direct energy. Once that’s done you move into the actual process of energetic work:

1.Grounding: The healer may lead you through a guided meditation to make sure you are grounding and centering yourself.

2.Reviewing: The healer will review your aura so they can determine areas influenced by the presence of, not only Meniere’s Disease but also other psychic dirt we accumulate without even knowing. Just like a dusty mirror doesn’t work well, the presence of the psychic dirt also impacts your overall well-being.

3. Energizing: The healer will move Chi (life force) through your chakras so it follows natural patterns. This often feels tingly.

4.Redefining: The healer will now focus on your Meniere’s condition and goals, working energy out of, and into, your body for improved symmetry.

At the end of an aura healing, it’s wise to rest and let your body internalize all that’s happened. You may also find your spiritual senses shift during and after this treatment in positive ways.

Some people would have you believe only a healer can cleanse your aura but that is not true. No one knows your body and spirit better than you. Your aura is one of the most intimate parts of your being. Here are ideas you can try for purging your aura. We suggest doing this at least once a week for best results, especially after a Meniere’s episode.

1.Visualization: Get comfortable and visualize white light pouring into your body from your head downward. As it flows, it collects junk This then moves out through your feet. Continue the visualization until the light entering your head and exiting your feet are the same clear color.

2.Bathing: Soak in a salt water bath. It eases those stressors that Meniere’s creates and also helps scrub your aura.

3.Asperging: Asperging is a technique used in some metaphysical practices for purification and blessing. For your purpose, you can put spring water in a spritzer with lemon or lime juice. Spray this around your body about one foot away from the skin. Carry this with you and use whenever you feel the need.

4.Breathing (Controlled): Is good for you when you’re feeling anxious about vertigo episodes. Sit down and take a nice slow breath on the count of three through your nose, then release it on the count of three out of your mouth. Repeat this for several minutes until you feel grounded again.

5.Crystal Cleaning: Carry or wear crystals trusted for their ability to absorb unwanted energies. Options include black tourmaline, obsidian, and smoky quartz. If you can’t carry one all the time, put one under your pillow so it works while you rest.

6.Hydrating: Hydration is important for everyone, but more so Meniere’s sufferers. Drinking 9-12 cups of water a day naturally cleanses your body and aura from the inside out.

7.Smudging: This is like Asperging except you will move cleansing incense into your aura. You can use a bundled smudge stick or use regular incense and a feather. Good options for incense include sandalwood, frankincense, and pine.

8.Color Me Healthy: Wear colors that support your needs on any day. For example, if you are having a day when your Meniere’s leaves you wiped out, wear bright red to lift your energy.

9.Silence: Find a place where there is no hard noise (cars, lawn mowers, etc.). Spend at least an hour there. You can meditate, lay down and rest–whatever feels right. No matter a person’s illness, silence can be healing. It’s like a reset button for your body, mind, and soul.

Summing It All Up: Cleansing your Own Aura

You can learn how to cleanse your aura at home with ease. Think of this like a daily shower for your vibrational field. It may seem odd, but if you think of how many people you interact with daily, it’s understandable that your aura would pick up stray energy.

For example, say a friend comes over and is angry or upset to talk. After, he or she leaves you feeling anxious and or aggravation arises for no clear reason. You may pick up some of your friend’s negative feelings in your auric field. You don’t want to leave them there any more than you’d want to leave muddy shoe prints on a clean floor. Those energies can turn into triggers for your Meniere’s.

People’s emotions aren’t the only things that impact your aura’s health. Many Meniere’s people experience depression and frustration due to the uncertain nature of their condition. A Meniere’s vertigo attack changes that field. So, it’s time to take an auric shower.

At the end of these efforts, you should be feeling better, like your thoughts are clear and your outlook positive. If this doesn’t work for you, then it’s time to reach out for help from an experienced aura healer. 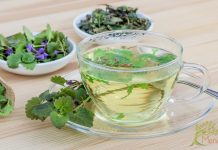 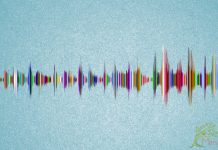 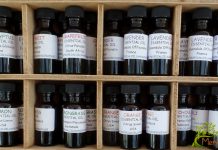